Shri V.Bhttacharjee, Secretary General, NFCAA was invited by the National Federation of Postal Employees to attend its Diamond Jubilee Celebrations at Dwarka, Gujarat on 24th November 2014. While returning after attending and addressing the closing Ceremony of the Diamond Jubilee, Secretary General along with Com. T.A.Makwana, Branch Secretary AICAEA, Gujarat Branch visited Rajkot on 25th November 2014.  A joint General body meeting of the members of PAO, CBEC Unit and ZAO CBDT Unit, Rajkot was arranged by the Units of Rajkot.Com. T.A. Makwana presided over the meeting. Secretary General, while addressing the meeting explained the developments on the various general and departmental issues. He requested the members to implement the directives of the organization sincerely and also ensure remittance of membership subscriptions towards the Associations regularly to both AICAEA and AICAEA CAT II. While interacting, the members reported their grievances. Secretary General assured the members that the problems pointed out by them shall be taken up with the appropriate higher authorities.
On 26th November 2014, Secretary General visited the PAO, CBEC Unit and the ZAO, CBDT Unit, Ahmedabad. A well attended general body meeting of the members of both Units was held in ZAO, CBDT Unit, Ahmedabad. The Meeting was presided over by Com.V.U. Pandya, veteran leader of the Civil Accounts Employees of Ahmadabad.  Com. T.A. Makwana, Branch Secretary gave the introductory speech. Com. Pandya addressed the house and explained the need of having the organization and the achievements of the organization. While addressing, Com. Secretary General explained the general and the departmental issues. He also appealed upon the members to strengthen the organization, implement the programmes unitedly and pay membership subscription regularly so that the organization could function effectively. He also requested Com. Pandya to form the Civil Accounts Pensioners Association in Gujarat as per the decision of the last All India Conferences of the AICAEA and AICAEACATII held in Kolkata in July 2013. 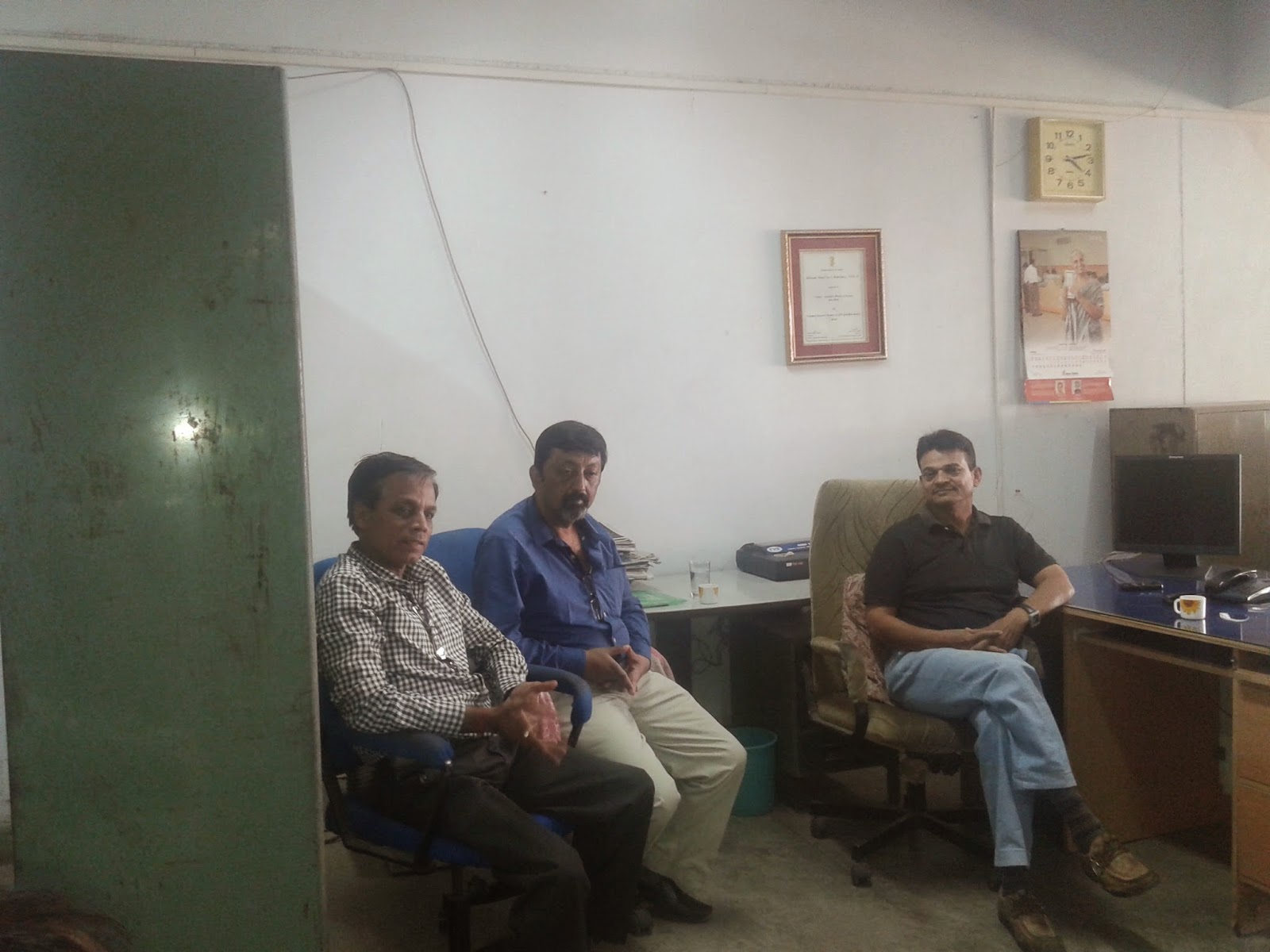 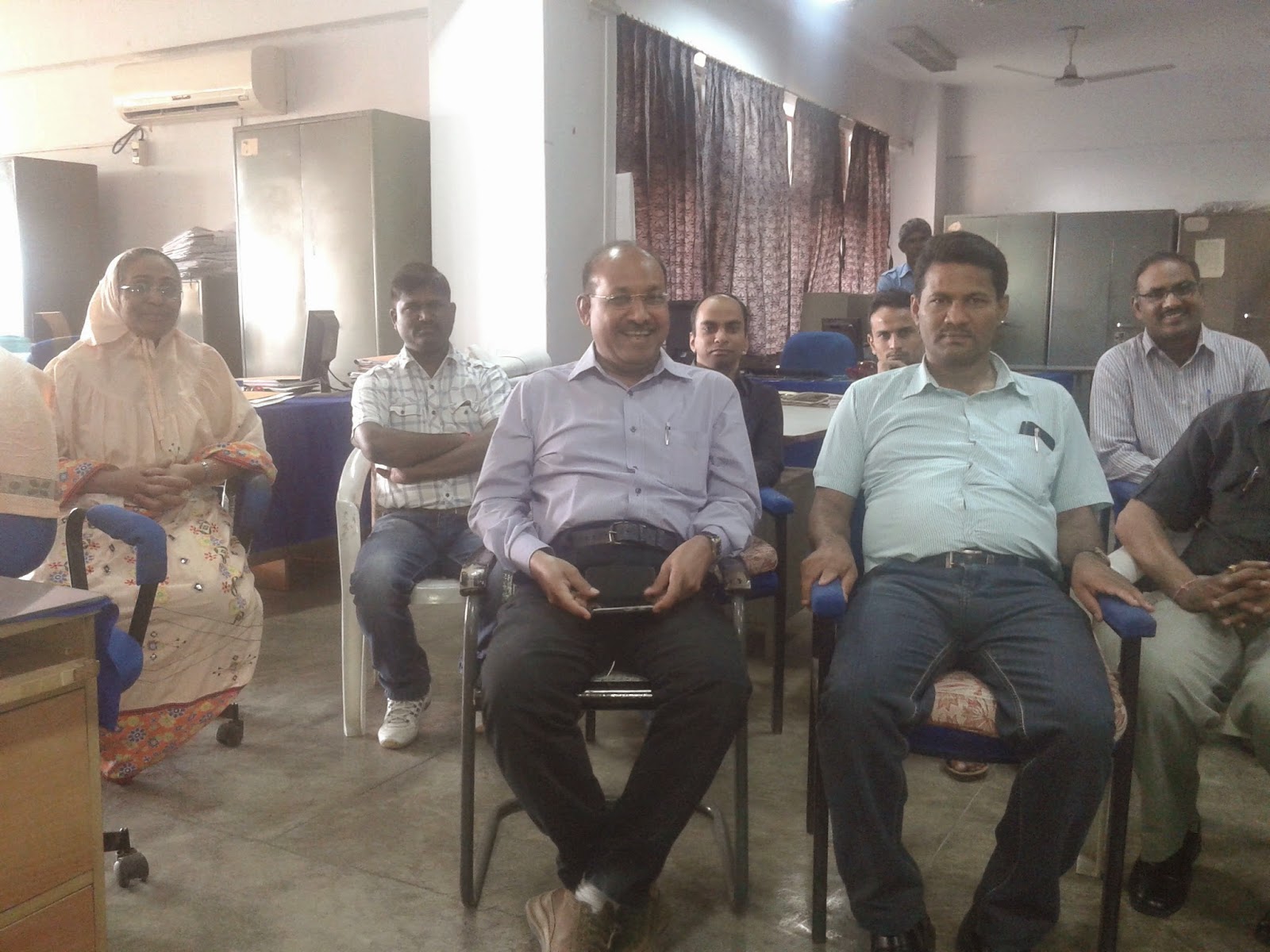 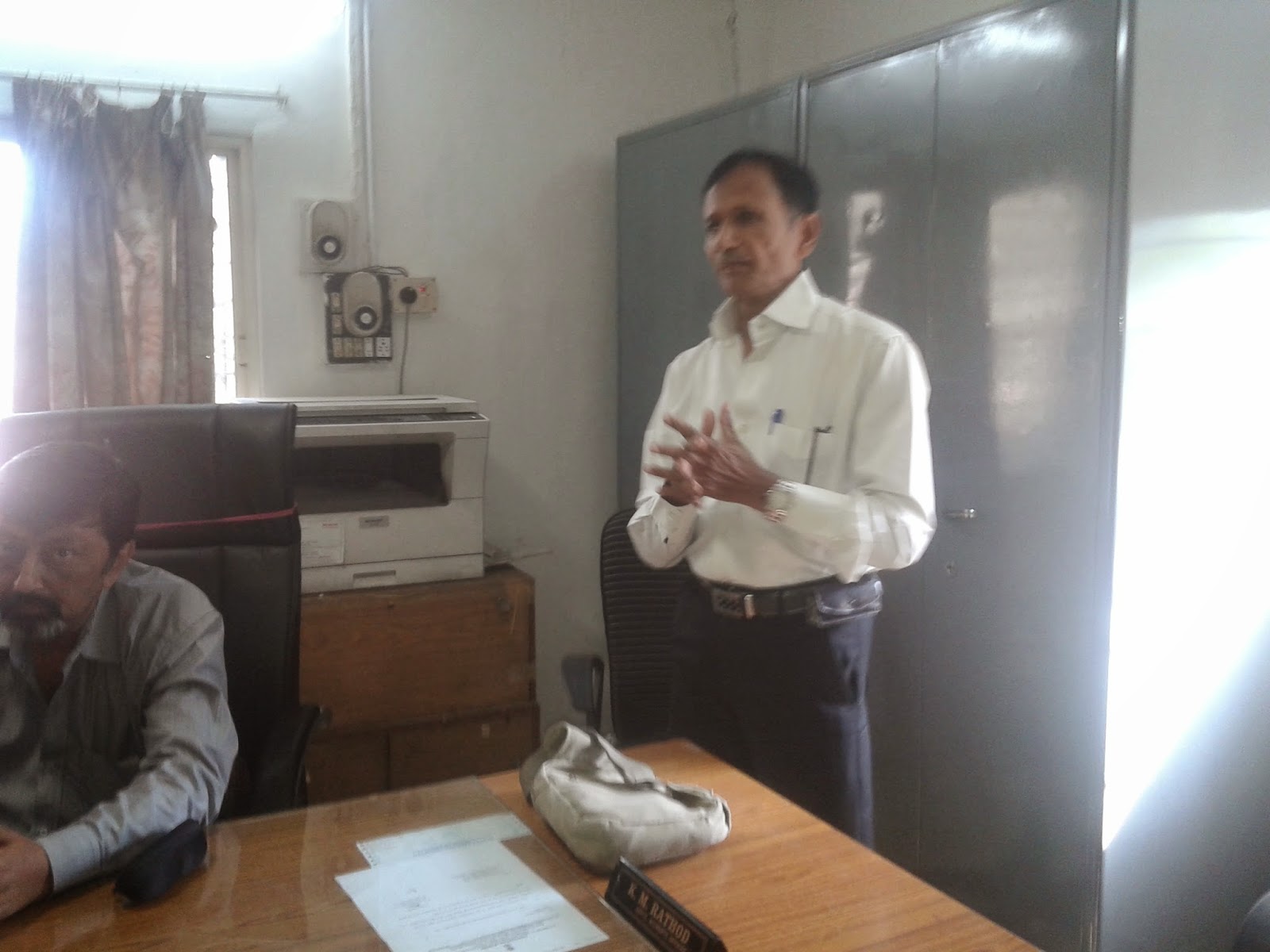 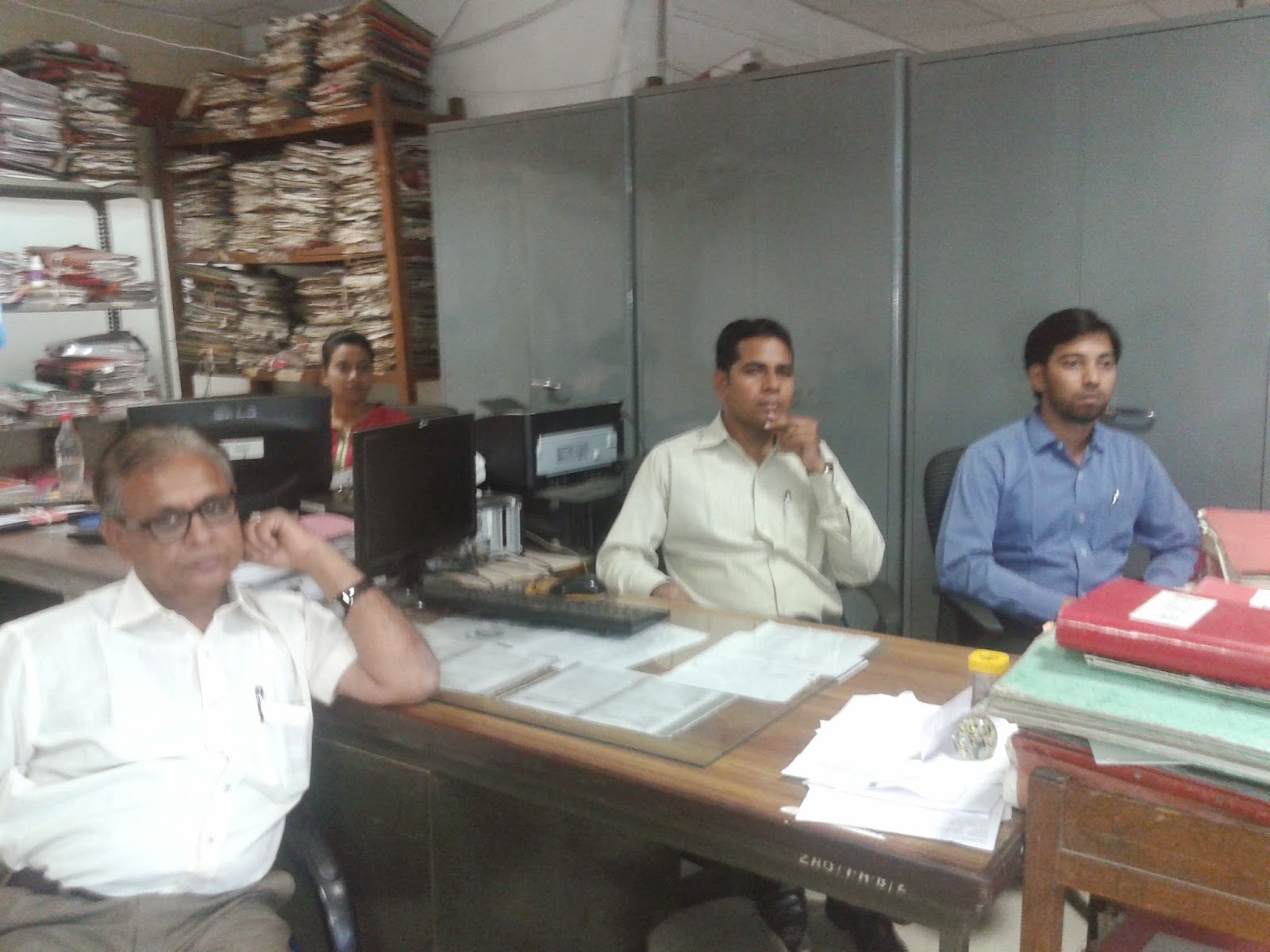 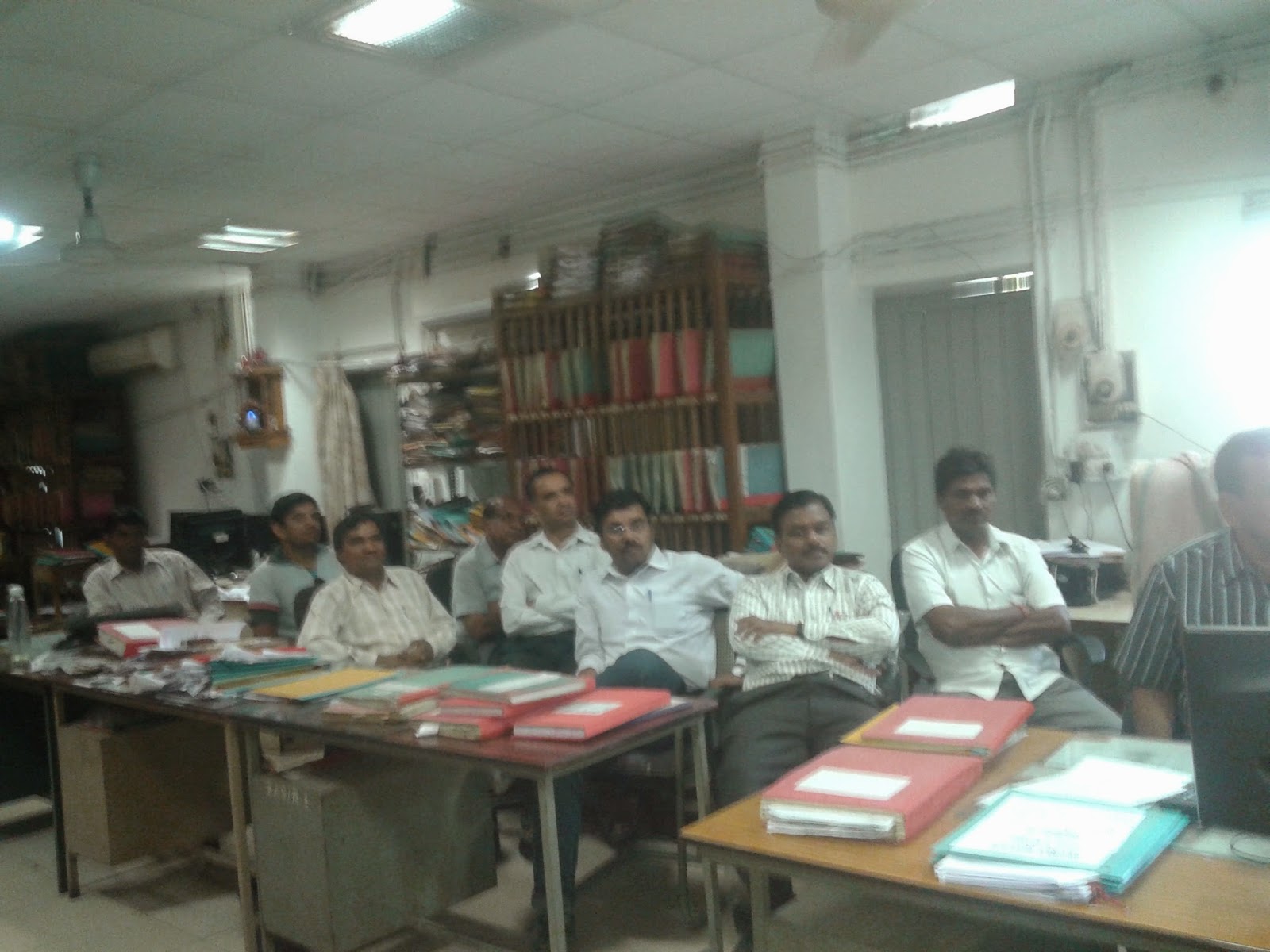 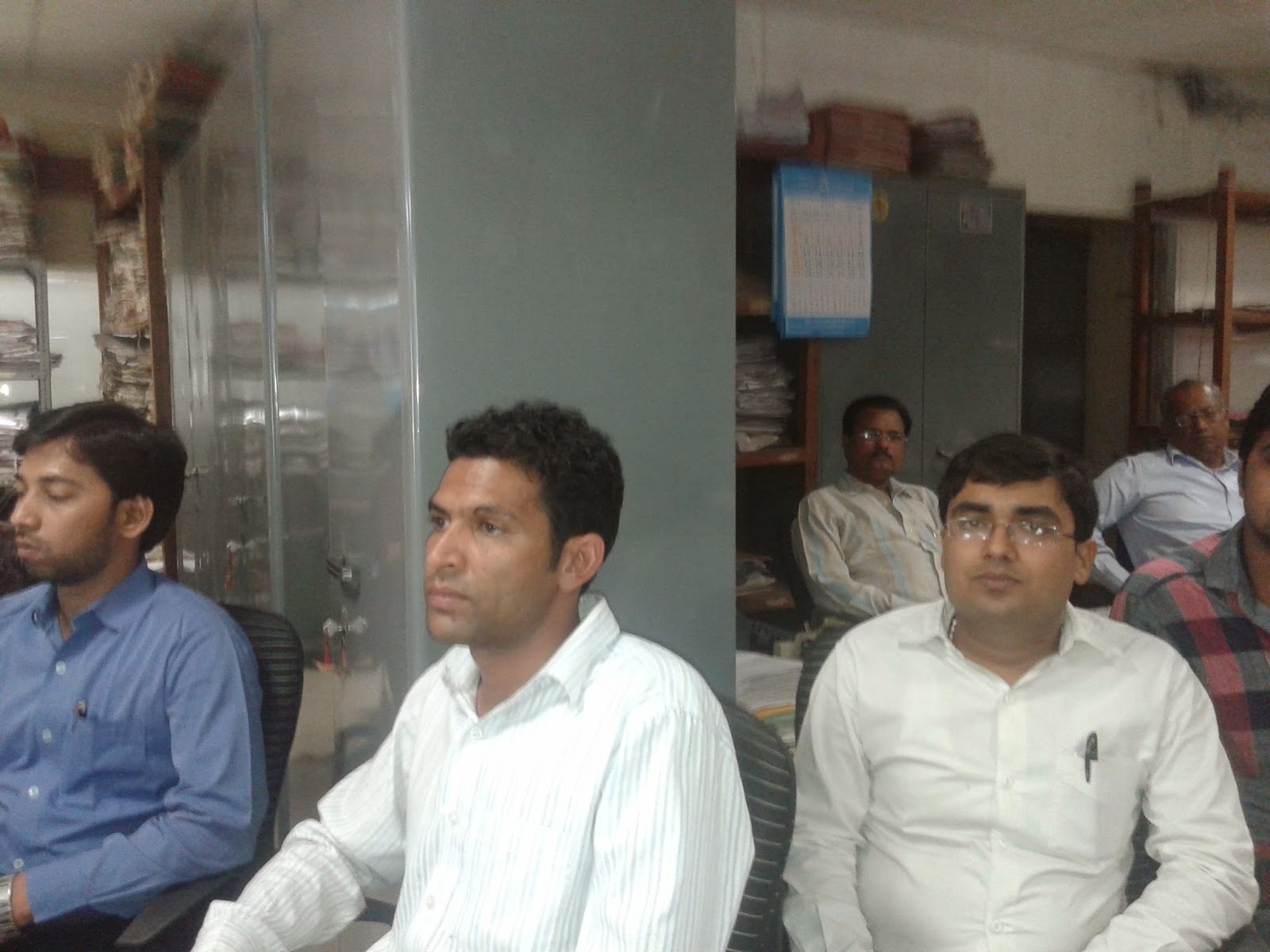 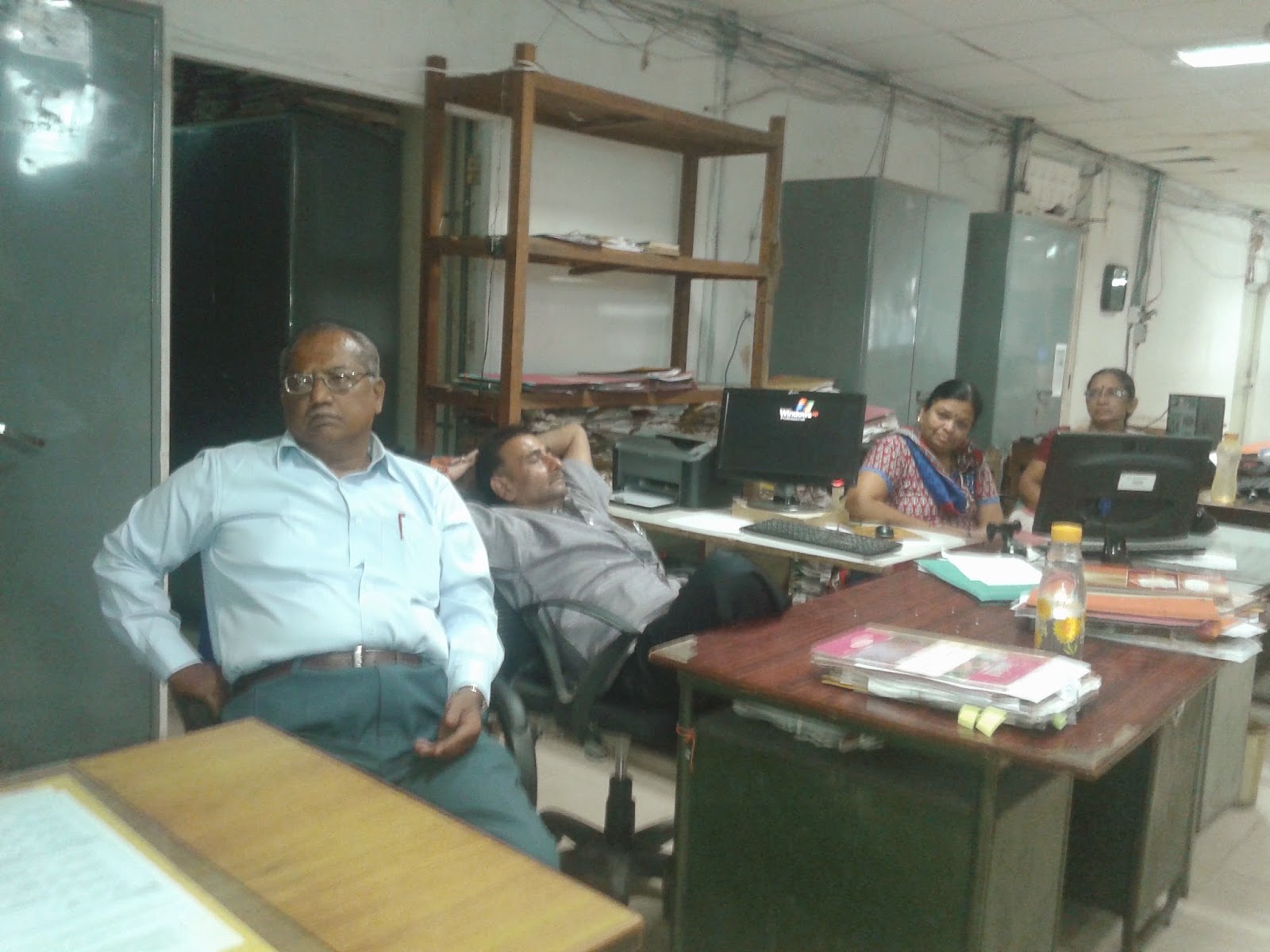 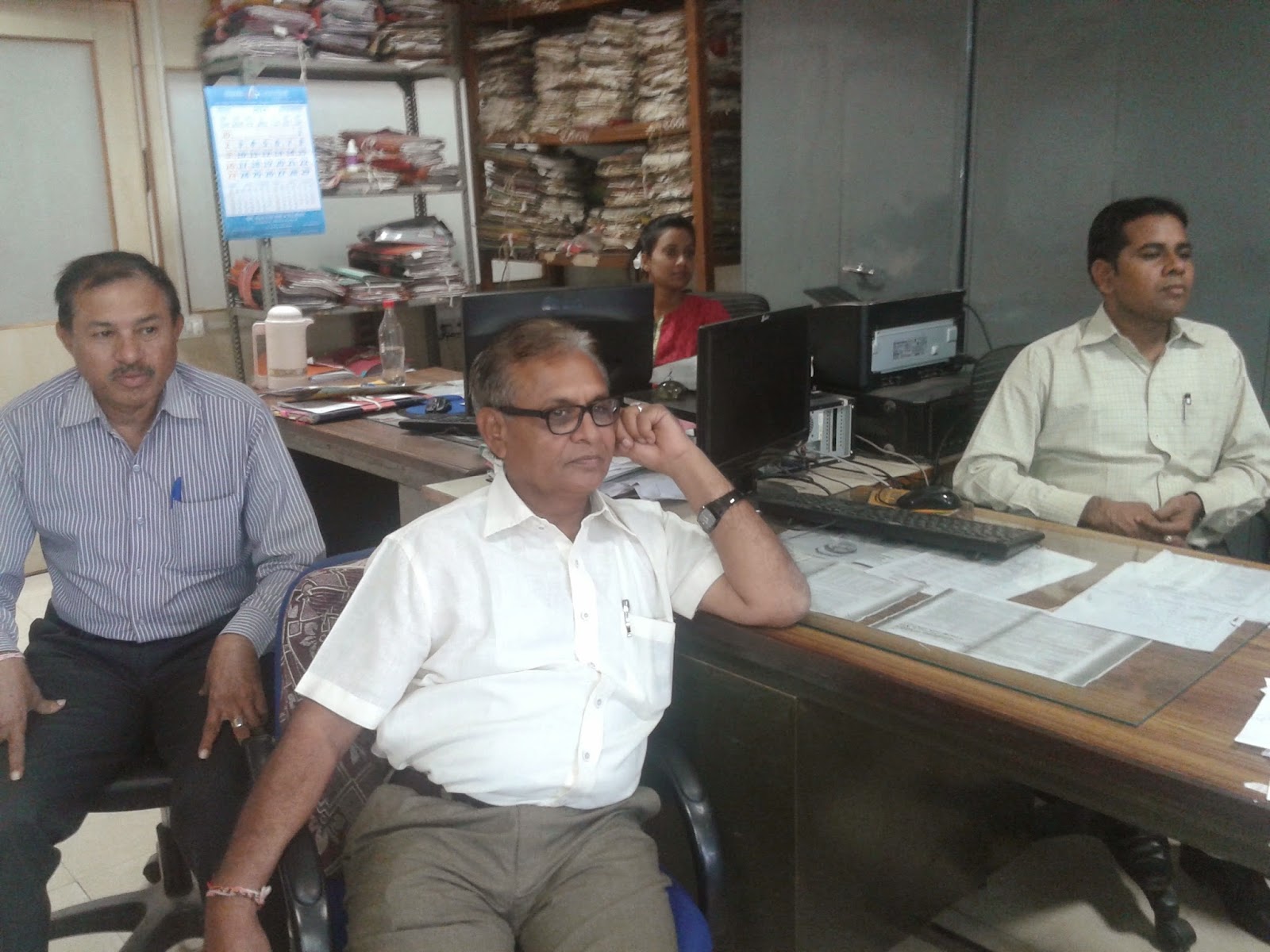 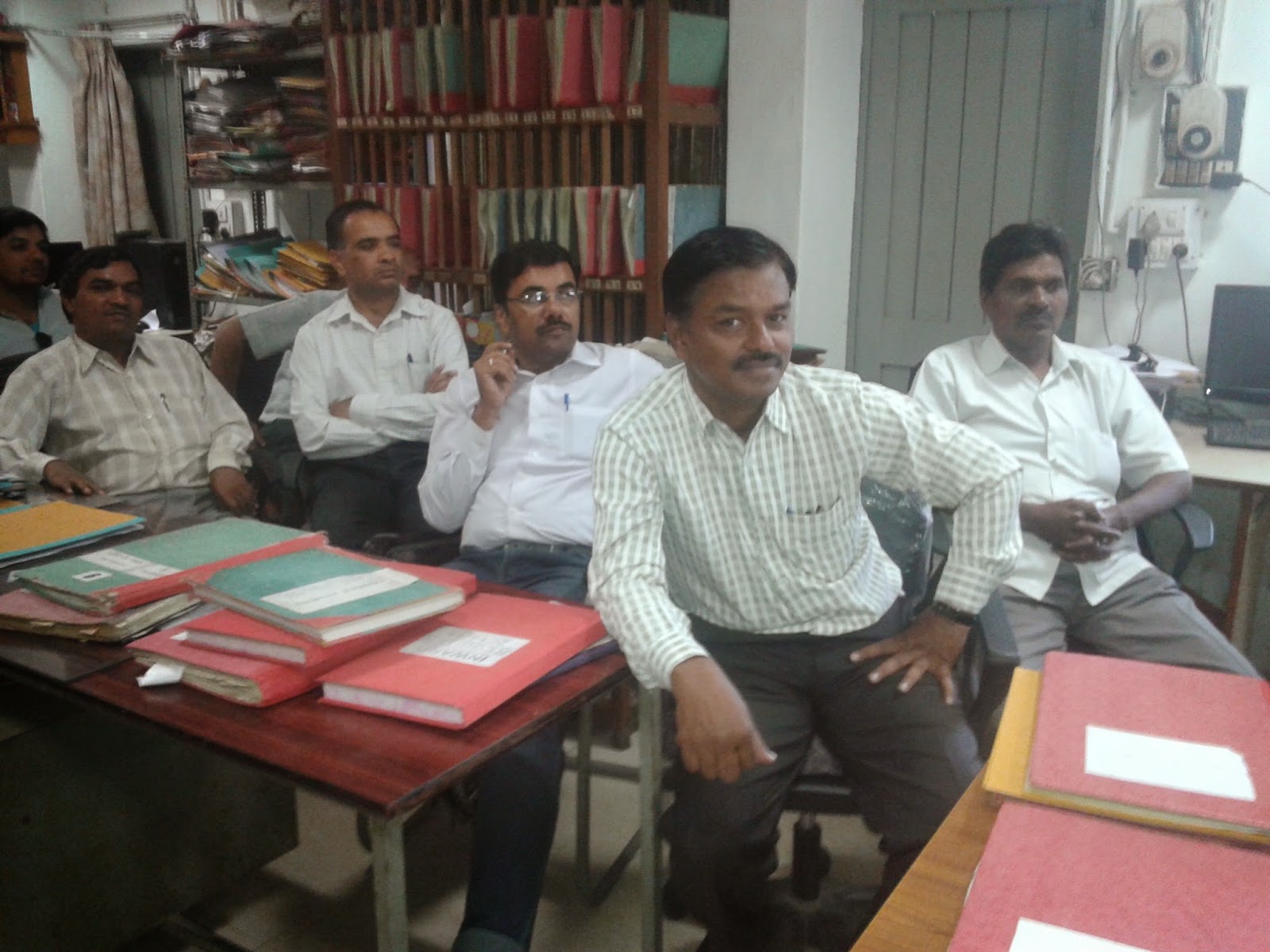 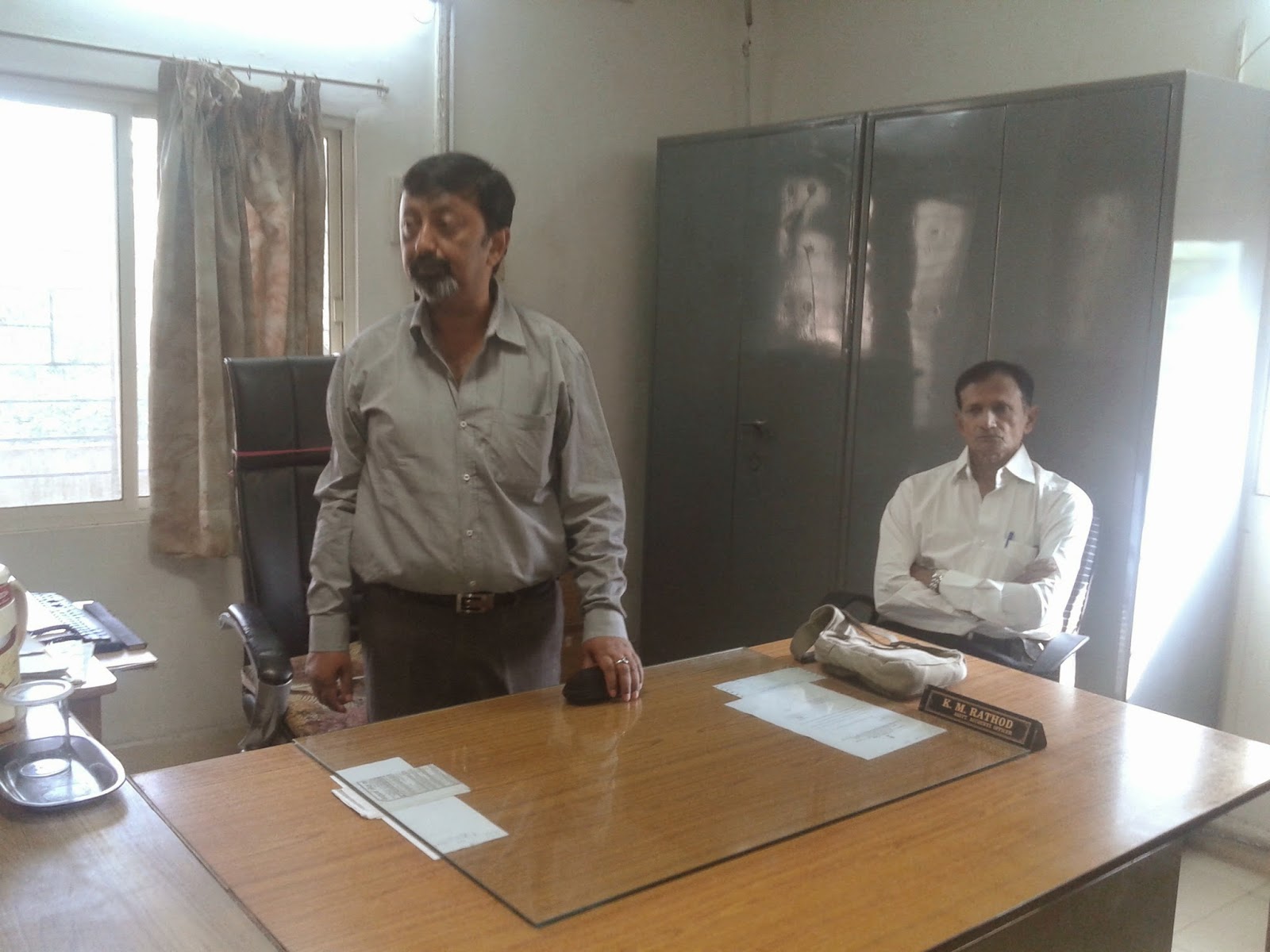 Posted by national federation of civil accounts accociations at 9:30 AM