STAND OF THE NATIONAL FEDERATION OF CIVIL ACCOUNTS ASSOCIATIONS
ON
THE DECISION CIRCULATED BY C.G.A. VIDE OM No:- A-34012/Online/MF.CGA (E)/522 dated 15th May 2018
REGARDING
RESTRUCTURING  THE AAO (CIVIL) EXAMINATION.

Please discuss the contents of the proposals circulated by CGA in your Unit Associations and then in Branches. After full debate at the level of Branches   only, your consolidated view should reach to Central Headquarters of the Association. And then Central Headquarters shall finalize its stand after discussing in National/Federal Executive meeting to be held on 18th and 19th June 2018 in Delhi and convey to the CGA - which is the democratic method. Nothing can be finalized on the basis of the opinions received in the Whatsapp group and we hope, all of you shall agree to this.

Secondly, according to the precedent, the existing syllabus for AAO examination was finalized by CGA in 2006 after having detailed discussion with AICAEA on 22nd May 2006. Therefore, we are confident that all officers who are reasonable will accept our suggestions if we are able to present those before them effectively.

Hence all of you are requested to take action as has been discussed in the first paragraph and strengthen the Associations by observing the organizational norms. Please remember, only a strong and united organization is capable to deliver best to its members and it is none other than the members who who can make the organization strong.

After examining the contents of the OM we are surprised to note that, your office has taken totally anti-employee and arbitrary approach on the matter. The approach taken by your office is going to cause serious adverse impact on the candidates already cleared a portion of AAO (Civil) examination or contemplating to appear the said examination in near future.

Moreover, conventionally, before bringing amendments in the syllabus and changing the pattern of departmental examinations, concerned recognized Associations representing the candidates for the examinations are consulted and discussed. It is on record that, before introducing the erstwhile JAO© Examination in 2006 a full fledged meeting between the official side of CGA office and National Executive of All India Civil Accounts Employees Association was convened on 22nd May 2006. But, under the aforementioned O.M. all recognized Associations have been casually asked by your office to offer their comments through email before 30th June 2018 on the proposal for restructuring the AAO (Civil) Examination ignoring the fact that, exclusively the members of All India Civil Accounts Employees Association are appearing the AAO (Civil) Examination and the changes, if any, brought in the examination system, the members of this particular Association shall be affected directly.

We therefore, record our strongest protest against such anti-employee and arbitrary actions of your office and demand for convening a full-fledged meeting between the apex authorities of Controller General of Accounts and the National Executives of All India Civil Accounts Employees Association for detailed discussion of entire proposal.

We would also like to bring it your kind information that, being a responsible employee’s organization we had never stood adversely against the endeavor of Civil Accounts authorities in bringing improvements in the functioning of the Civil Accounts Organization and on this issue also we maintain the same position.  The National Executive of this Association shall meet in Delhi on 18th & 19th June 2018. Apart from discussing other issues, this meeting, on the basis of the opinions and suggestions received from its Units and Branches from entire country shall also finalize its opinion about restructuring of AAO (Civil) Examination. In view of this, we request you to kindly concede the request made in the preceding para of this letter about convening the meeting.

Thanking you,
Yours Sincerely,

Posted by national federation of civil accounts accociations at 8:49 PM No comments: 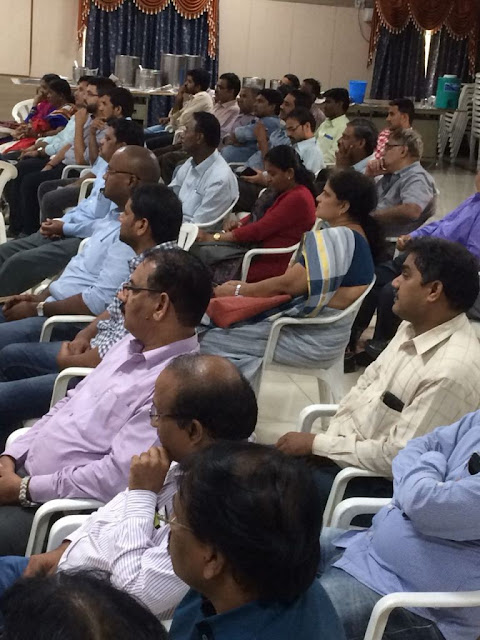 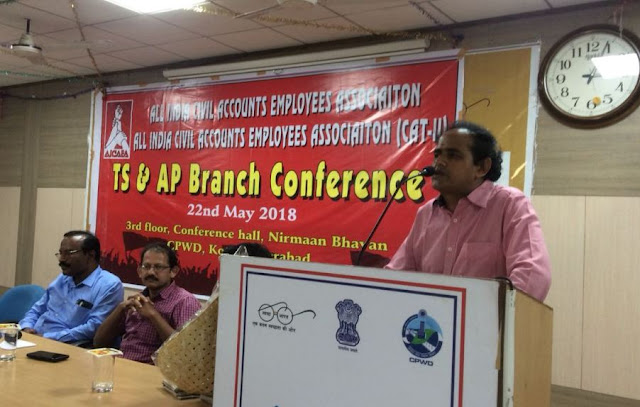 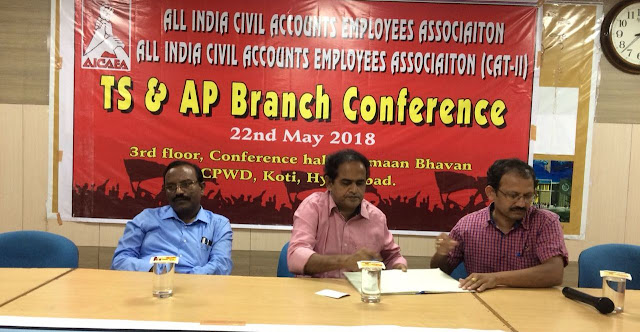 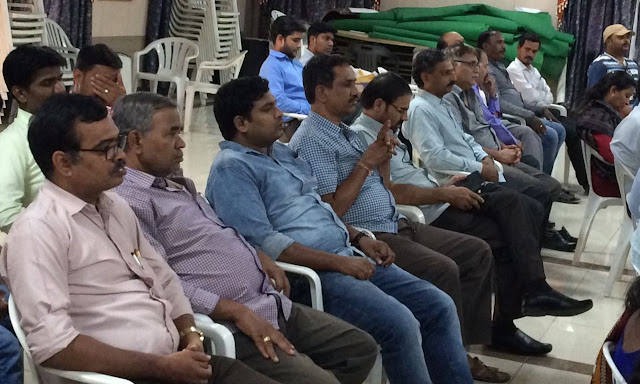 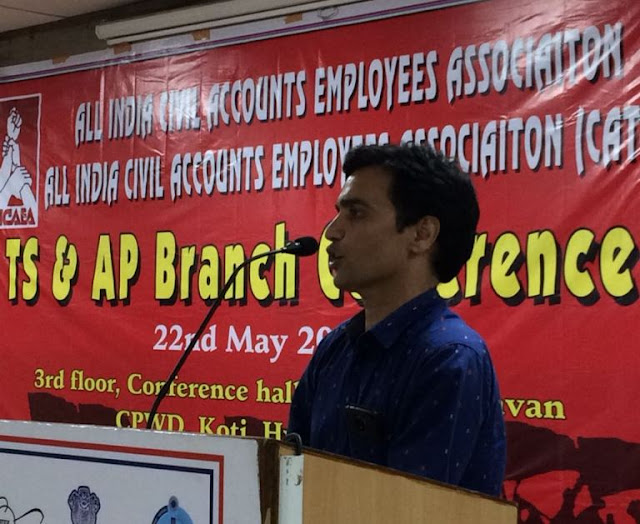 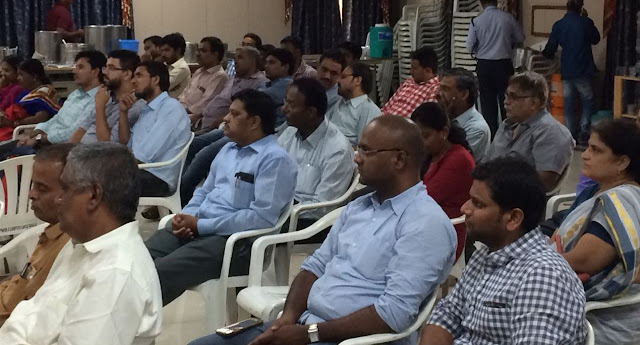 Posted by national federation of civil accounts accociations at 9:27 AM No comments:

PROTEST DEMONSTRATIONS AND SENDING  RESOLUTION BY THE BRANCHES OF NAGPUR ON 17TH MAY 2018
DEMANDING
JUSTIFIED ACTIONS IN REGULATING PROMOTION AND TRANSFER OF A.A.Os 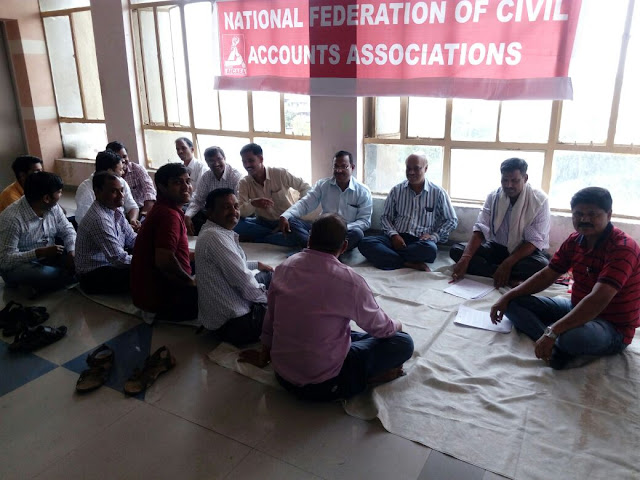 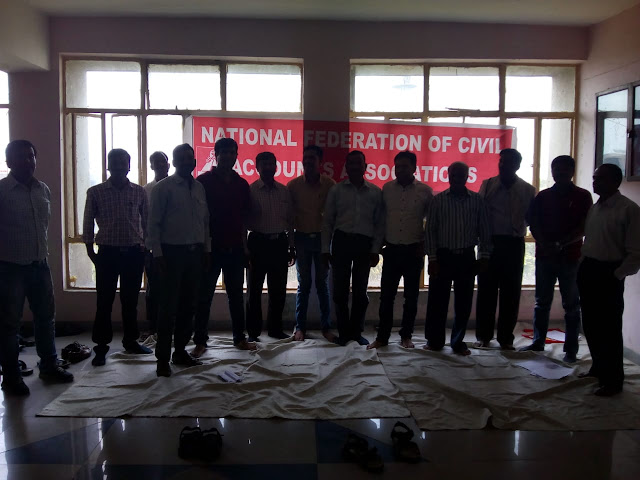 Posted by national federation of civil accounts accociations at 8:19 PM No comments:

Subject: - Constitution of Cadre Review Committee to examine the individual proposals of the Ministries/Departments regarding Cadre Review of Group-B & ‘C’ Cadres – regarding.

But, we are of the opinion that, one more month’s time for the Internal Cadre Review Committee from the date submission of proposals by the Associations is sufficient for submission of report by it and there is no need for extension of its term till 15th August 2018.

We therefore, request you to direct the Internal Cadre Review Committee to submit its recommendations to your kind self within 31st May 2018 so that the first Cadre Review of the Group B&C Cadres is implemented without further delay as it has been delayed by more than thirty five years by now.

Since our members have become totally restive, we request you to kindly take early favorable action so that the prevailing peace and tranquility in the organization continues.

Thanking you,
Yours Sincerely,
Enclo:- as stated above.

Posted by national federation of civil accounts accociations at 12:59 AM No comments:

Posted by national federation of civil accounts accociations at 10:14 AM No comments: