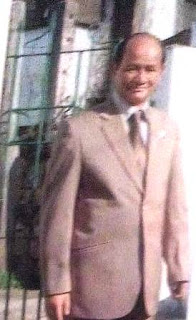 In building up united organisation of Civil Accounts Employees, Com. Shampliang had immense contribution. He was  being loved by all because of his amenable behavior.

NFCAA offers its red salute to this great leader.

Posted by national federation of civil accounts accociations at 10:58 PM